It was nice while it lasted.

Rumor has it that the next Batman movie is likely to have The Riddler and Catwoman in it. The thought of it has many people incredibly excited. And with more rumors of Angelina Jolie & Johnny Depp interested in the roles even more buzz is emminant. I see this as the start of the end. More villians means less time to explore each character. And this means lower quality movies. And you don't have to look very far to see some of the worst examples of this. Its very common in the Batman franchise. Batman (1989) was released with ONE villian. Massively amazing movie. Batman Returns (1992) had two supervillians and one normal villian. It nearly killed Michael Keaton's career.

Update: New rumors also have Phillip Seymore Hoffman as the Penguin linked to the next movie as well. PLEASE STOP NOW!!!!!!!!!
Posted by Unknown at 3:27 PM No comments:

There isn't much else to say about The Dark Knight except Wow. I went in hoping for a good movie. This was no where near what I was expecting. I didn't think Hollywood made movies like this anymore. Or even if they really ever had. Not only was the storyline unexpected, but it was allowed to play out in a decent amount of time. It never felt like they were really rushing the story along, except I know they were. There was 2 movies worth of content in the 2 and a half hours or so.

Ummm yeah, Wow. If you liked Batman Begins (then you are probably already at the theater at this moment, but if you are not) take some time this weekend to see it. Its well worth it.
Posted by Unknown at 8:51 PM No comments: 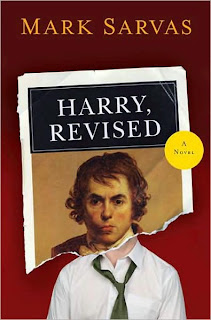 While I can't support what Mark does with the profits from the book (Obama supporting fool), it is a really good book. Give it a read. I really enjoyed it even without any vampires.

Where You Can Find Me